Important System Changes you will See in Beyond Build 2.15.1 or Higher

Important System Changes you will See in Beyond Build 2.15.1 or Higher

Changes you will see in Beyond Build 2.15

This document includes information about Beyond Release 2.15.1 which is available now. In the customer portal, you will find the Beyond Release Notes for this build which will help break down everything included in this release.
The main two areas of impact include Credit Reporting changes for Medical Debt and the questions we’ve asked the Bureaus. There were changes to QwikFlow to allow for the support of multiple IDs. We’ve provided additional details on the changes you’ll see in Beyond.

In response to the changes that have been put out in regards to Credit Reporting on Medical Debt, DAKCS has made Beyond configurable for every agency that furnishes data to any or all of the Credit Bureaus.
There are two ways that agencies can set the system up to comply with the upcoming rules that start to take effect on July 1, 2022. In which Medical Debt, also defined by classifying debts that are reported as a credit class of 02, will not be able to be reported for 365 days from the Date of Service.
The bureaus will also have a minimum balance requirement that takes effect at the end of the first quarter of 2023 (March 31, 2023) of at least $500.00.
There are some questions that come up which pertain to accounts that were previously reported to the Bureaus that may not meet the new requirements. We engaged with the Bureaus to get some clarification on certain scenarios and received different responses from each bureau. You can view the questions we asked and the responses from each bureau in the Customer Portal found here.

The first way agencies will be able to set the system is to set the new settings that have been added to the Credit Bureau System Definitions. We added Medical Delay Days and Minimum Medical Balance flags that can be defined by the agency. These flags do look at accounts that are for clients set to be reported as a credit classification code of 02. This option will be available in Beyond Version 2.15.1 and higher and for access, your system will require a Beyond update. 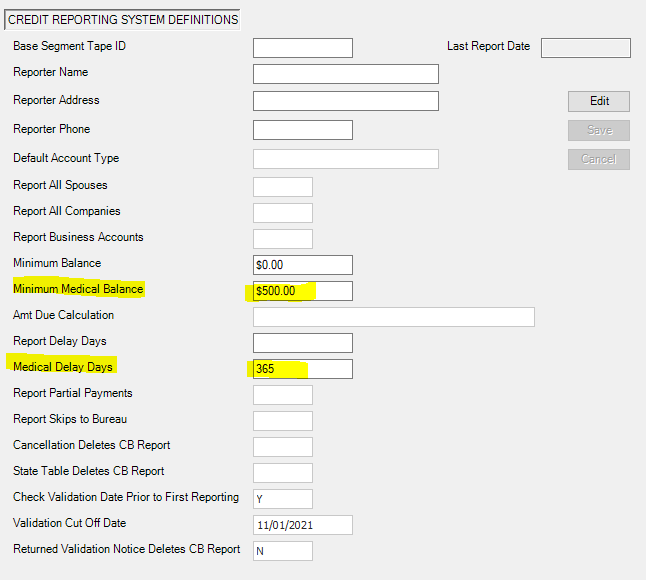 The second option available would be to go through all of your clients that are classified as being medical debt or set to be credit class 02 on the client setup screen.
This is an option that is currently available in both Sting and Beyond, and does not require an update to utilize. 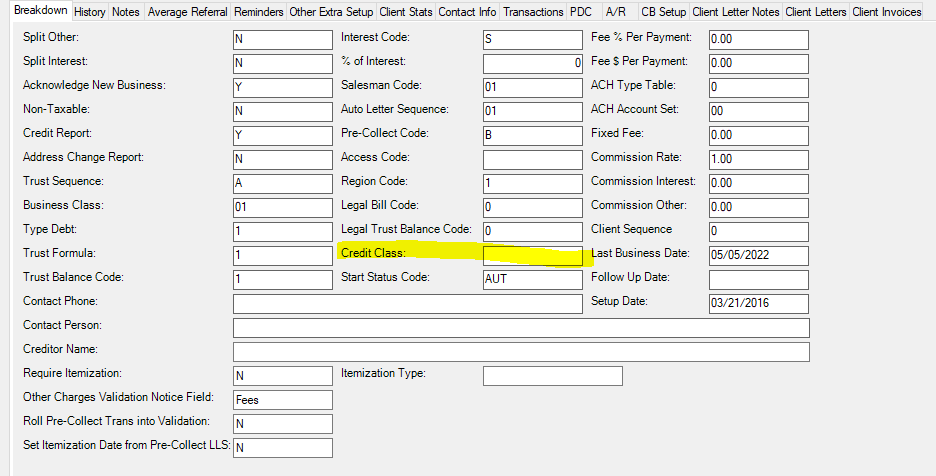 Followed by checking the CB Setup tab and setting the Delay Days to 365 and the minimum balance to $500.00 or whatever amount the final guideline indicates later this year. This Delay Days option does go off of the Date of Referral (DOR) when counting the 365.
This would be a more conservative route until receiving the 2.15.1 update. 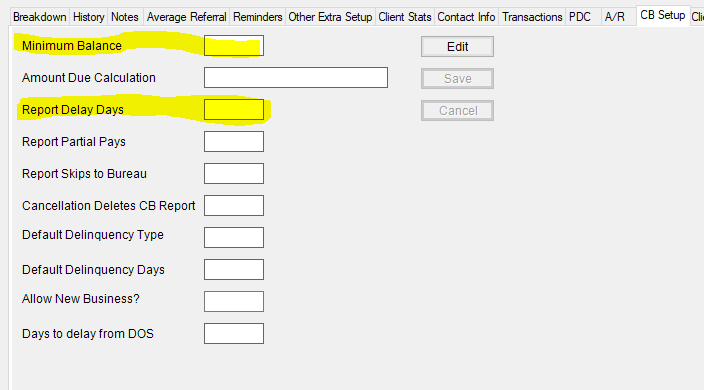 An issue was discovered where agencies that have multiple PDCFlow Company IDs (ID) setup in Beyond, the Regulation E (Reg E) documents were not able to be sent on other IDs. This was due to the way QwikFlow was originally designed to look at a single ID.
When setting up a QwikFlow document that was used for Reg E and assigning the overlay that would place the signature on the document, the document would be associated with the main ID. The problem came into play when a QwikFlow document was sent on an account where the client was set up to use a different ID, and the overlay set for that document did not exist on the ID associated with the client.
The solution provided is to allow the agency to be able to define QwikFlow documents that are associated with a specific ID. In this portion below, we will discuss what has been changed and how things will be handled going forward.

The UI changed the options to set up QwikFlow. Nothing has changed in the collector workflow of how an agent selects a document to send to the consumer.

Main Menu → Payment Clerk → Pay Data Center Menu → System Generation
This option previously used tabs to split out the QwikFlow setup from the general settings for PDC payments. This has now been combined into one view instead of using tabs. Now the only thing you can set here for Regulation E QwikFlow is if general credit cards or ACH payments should gather signatures. Setting up which document to use for Regulation E is now in the Flow Documents menu option.

We did not change the “Legacy” setup for Regulation E. If a customer is still set up using the “legacy” signature API, this change does not affect them until they are converted to using the Flow Document style of signatures that take advantage of using the overlay feature.
An option is shown to the user to set up the document for Regulation E in the Flow Documents menu option. If the user does not have permission to that menu option, a notification message is displayed and the option to go to that menu is disabled.
We removed the option to set the email opt-out feature on PDCFlow’s end from this screen. Now that we support multiple PDCFlow companies, this option no longer would function here. Customers should sign into PDCFlow’s app website and in the app settings, configure if they want to use the email opt-out feature. 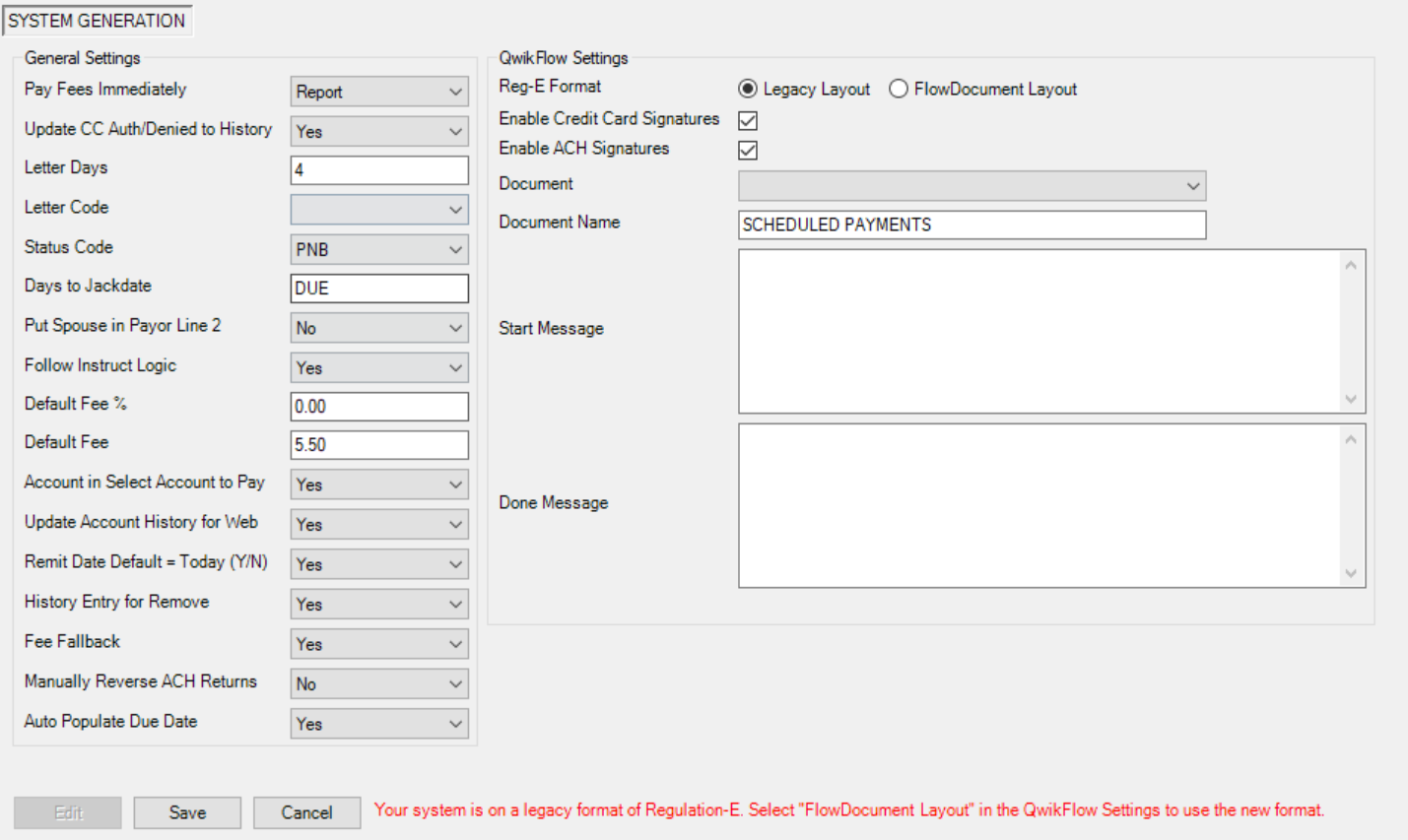 This feature now displays an option to choose which PDCFlow company to use for Flow documents. This allows the customer to use all companies they have set up with PDCFlow.

By adding this support for multiple PDCFlow IDs, you can now define which documents will be used for each of those companies along with any overlays that have been set up for that specific PDCFlow ID.
There is a possibility that you will have the same Report from Report Designer used for all PDCFlow companies, but you will need to define the overlay for each of those documents where applicable. This is most likely going to heavily impact the Regulation E documents that need to be sent out.
The flag to determine which QwikFlow Document is used for Reg E has been moved to the QwikFlow Document level. 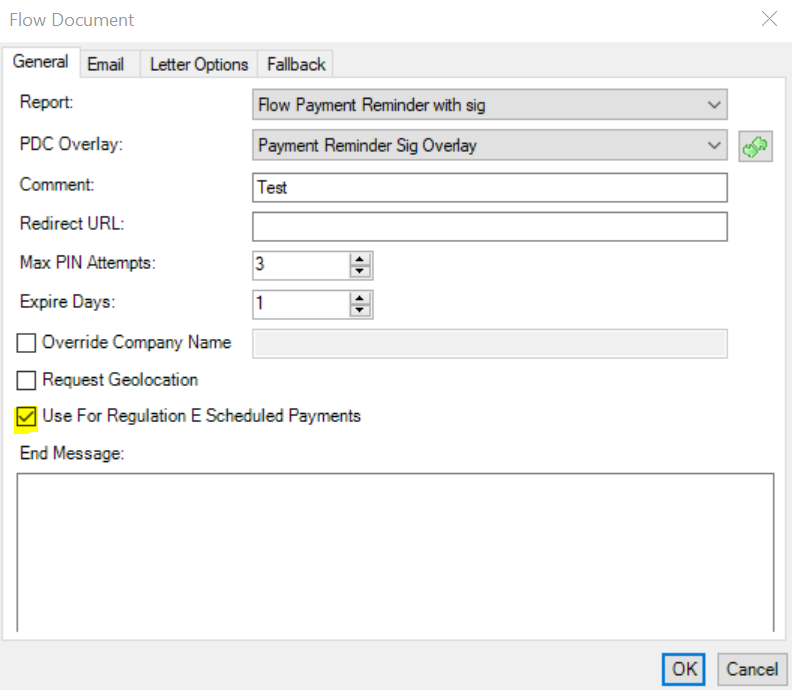 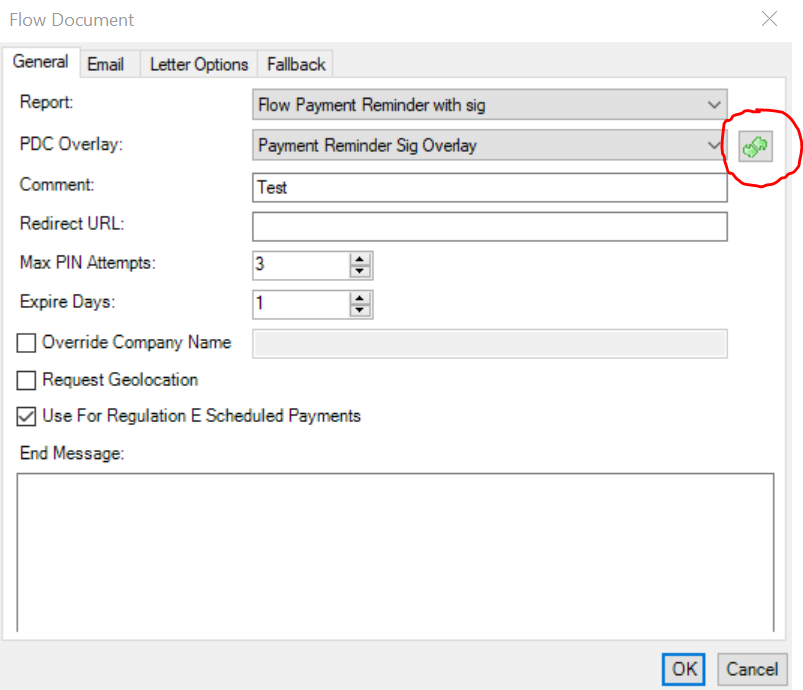 Please review the Beyond 2.15 Build Release Notes. For any questions, you can reach out to the Support Team and submit a ticket. To schedule an update, email Julie Newson at julie@dakcs.com to get on the schedule.

You can learn more about some of the Credit Reporting changes and discussions during the June 8 Beyond Focus Group.